Note: this threshold is proposed so that a stop-loss trigger should not be needed (based on historical data), and instead acts as an emergency exit route in an extreme worst case scenario.

Worst possible slippage the protocol would have experienced in the most off-peg stablecoin if withdrawing during the last 12 months would have been 2.7% (alUSD)

The maximum slippage had a strategy withdrawn its current allocation at the worst time during the last 12 months from the most offpeg stablecoin strategy would have been 2.7%.

In order to set the correct level for stop-losses, we have pulled together on-chain data from Curve using Dune Analytics to get the max imbalance in any given pool in the past 12 months.

We have then simulated max total slippage based on these maximum imbalances together with current A factors, pool depths, and strategy allocations.

Proposal: implement stop loss at 4% (400bps) slippage for any given pool

Slippage measured in percent (or basis points) can be roughly equated with the price of that asset: e.g. 4% (400bps) of slippage is the same as receiving $0.96c for each $1.00 asset.

Given the maximum exposure of 50% for any one strategy, a 4% loss to an individual strategy would equate to a 2% loss for any given Vault user.

NOTE: this price threshold would need to be continuously breached for a time threshold (20 mins) before the stop-loss is triggered. This is to avoid unnecessary exits where there is a very temporary spike or dip in prices.

This vote will run for 7 days. As an interim measure and in the spirit of caution, the team will manually implement a stop-loss of 400bps across all assets until this vote has passed with a definite answer. 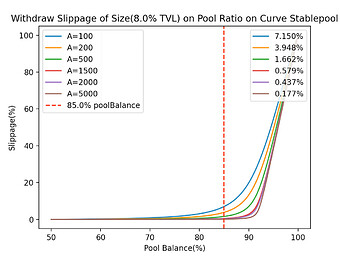 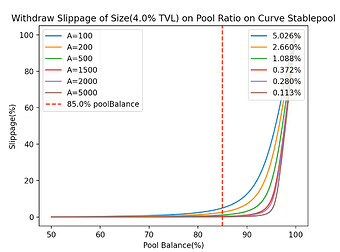 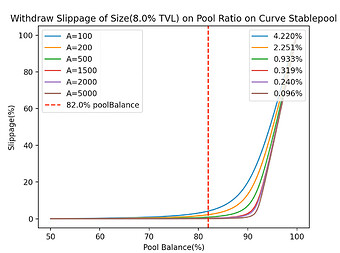 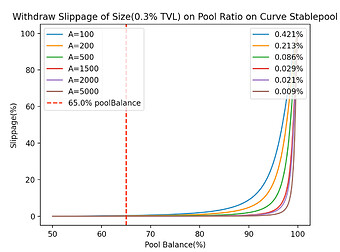 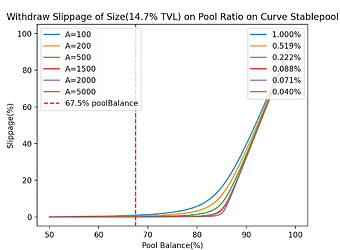 The vote is now live at: Snapshot